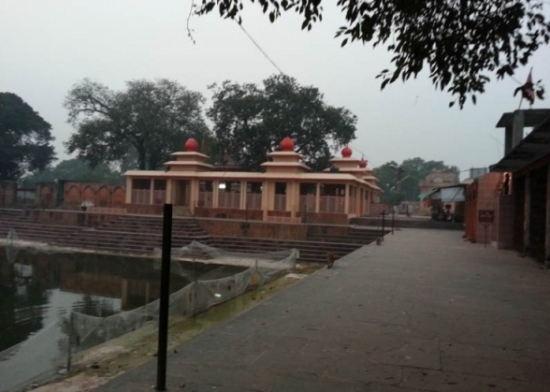 According to scriptures, the site of the temple was consecrated when Lord Shiva appeared in the form of a Shiv Ling before Rishi Dhoom, a disciple of Rishi Arti, who meditated and worshipped Lord Shiv here for a long time.

Doopeshwarnath Temple, dedicated to Lord Shiva, is built in the cantonment area of the city. The temple features an ancient tunnel or a goofa that leads to the idol of Doopeshwarnath.

Although a short tunnel, it is filled with knee deep water, and the devotees have to wade through it in order to have the darshan of the revered god. The temple complex also houses a huge water body whose water is known to cure skin diseases.

One of the most ancient temples of the city of Bareilly, Doopeshwarnath temple is considered a ‘Raksha Kawach’ that protects the city against the evil forces.